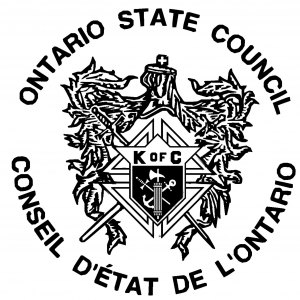 The Knights of Columbus in Ontario can trace their roots back to January 28, 1900, when a class of fifty nine candidates were initiated in Ottawa Ontario, and formed Council 485. While at that time a United States based organization, the growth in Ontario over the next ten years occurred primarily in towns where the railway passed through, with commercial salesmen or transient printers bringing the news of the Order to these towns. In 1903, Kingston, Cornwall and Peterborough added Councils, and in 1904 a State Council was formed in Ontario with M. J. Gorman of Ottawa being elected as the first State Deputy of our Province. By 1910, there were twenty-four Councils and over 3,500 members of the Order in Ontario.The next decade saw continued growth of membership in the Knights, both in Councils and membership, and especially after the war ended in 1918. However, in what was a sign of things to come, there was a laxity of Councils filling in reports and answering letters, and also members dues began to fall behind, with some members paying on a credit instead of cash basis. While this growth in members continued into the early twenties, the advent of outside attractions such as motion pictures, radio, sporting enterprises and service clubs brought challenges to the work of the Knights of Columbus in Ontario. Newer members joined but were not getting involved at the Council officer level, and by 1924 the membership growth started to turn toward losses.

Programs, however, continued to grow, and many Council’s started to have Corporate Communions and breakfasts. With the onset of the depression in the 1930’s, membership began to decline even further, and by 1937 it had reached the level attained by 1918, although there were 57 Councils in existence by 1940. The Text Book and Scholarship Funds, both started in the 1920’s, were continued during the depression, but the Scholarship Fund eventually was discontinued due to lack of interest from students. The State Convention was reduced to a one day meeting (and remained this way until 1964,) but Regional meetings were set up in various locations throughout the year as a way to substitute for the reduced Convention time. Ontario was proud to host the Supreme Convention in 1936, and again in 1944 (and later in 1972 and 2001,) all in Toronto.

The ending of World War II saw the beginning of an increase in membership, and by the end of the decade the membership was projected to reach the total that had been achieved in 1923. The end of the war also saw the first edition of the State Bulletin, edited by William Sheady of Guelph, who was the Executive Secretary and Publicity Director for the Board. In 1950, State Deputy Frank Hyde developed a competition for Councils in Ontario which started the tradition of naming the best Council in Ontario at the annual Convention. In 1962, the trophy was replaced by the lectern which is passed to the winning Council each year.

The 1950’s saw a change in the way elections to the State Council were managed. Up until 1955, no State Officer who had served in the position of Warden had advanced to become State Deputy; James Gaffney of Hamilton became the first. Since that time, the progression system that is in place today, where a State Officer is elected to the position of State Warden for a two year term, and then elected every second year to the next highest position, until they become State Deputy. In 1963, the first history of the Order in Ontario was published by William Sheady, and this was updated in 1975 by PSD Vincent Kelly.

Arthur Peters, Past State Deputy is working on a new edition to bring the history up to date. 1964 saw the first ever Ontario State Curling Bonspiel take place in Orillia, where it continues today. By 1975, there were 155 Councils in Ontario, and in 1972 Ontario was recognized as the leading jurisdiction in the Order for membership increases above suspensions.

In January of 1973, the Ontario State Council announced that the Canadian Arthritic and Rheumatic Society (later The Arthritis Society,) would be the permanent principal charity project of the Knights of Columbus in Ontario, with one major donation being made by the State Council each year toward this organization. The proceeds for this donation came from the annual Ontario Charities raffle, which had been started in 1950 by PSD Frank Hyde as the Columbian Tours raffle (today, this lives on as the annual CARS Draw.) In 1978, under the direction of PSD Frank Shine, the scope of the raffle was changed to donate to projects only that were provincial in nature; previous to this local projects also received funding.

In 1977, Bishop Smith of Pembroke, the longest serving Ontario State Chaplain (26 years,) retired and was replaced by Bishop Eugene Laroque of Cornwall. Under Bishop Larocque, the first meeting of Council Chaplain’s was started at the annual Convention.

In 1980, recognizing the growth of the Order in Ontario, the first office was set up at 3335 Yonge Street in Toronto. Phil Walke was hired as the first Administrative Assistant, to be replaced in 1984 by PSD Fred Bedard, PSD Phil Zakoor in 1990, Rick McLauchlan in 2001 and Jack Costigan in 2013. The office has also changed locations, with the State Council purchasing a building on Warden Avenue in 1989, moving from there to a leased space on Yorklands Boulevard in 1999, and to our current location in Hamilton in 2003.

In 2005, the Knights of Columbus in Ontario have over 500 Councils and close to 57,000 members. The future looks bright, and the success of the Order, both today and in the future, is in strong hands within the membership of Ontario.

Today, our goal is still the same – to assist those in need in our church and community, but our focus has shifted on “how” we attain that. As our Society moves towards more advanced technology, we are keeping pace by introducing a new ‘online’ membership tool which is helpful to the men who wish to join the Knights however wish to take some time to explore the Knights and what it means to be a Knight prior to joining a Council. 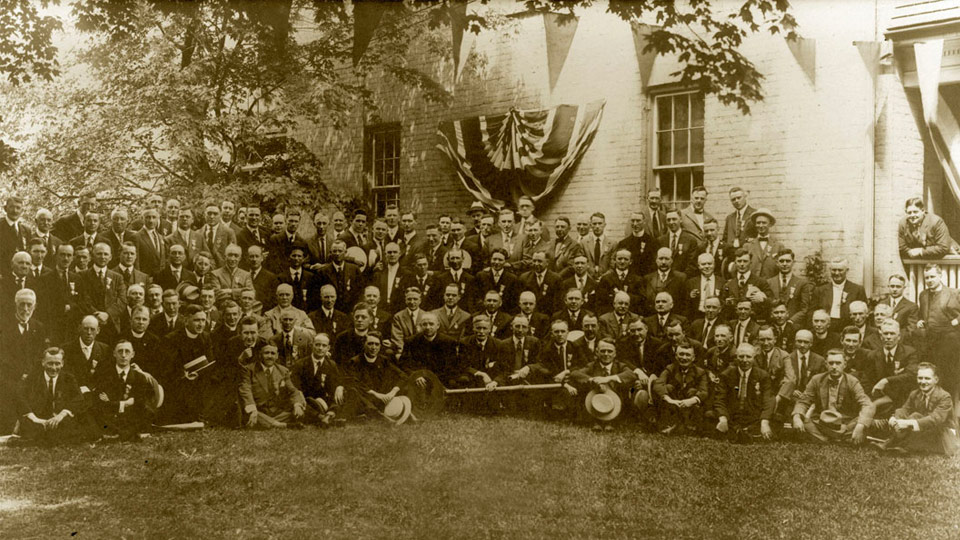