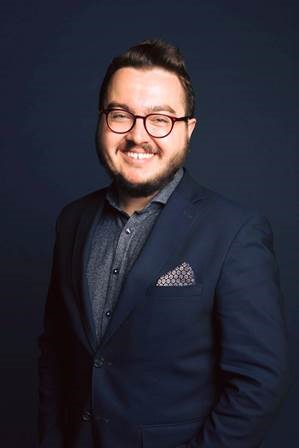 To put it bluntly: I never would have joined the Knights of Columbus if I had not seen online membership. Before joining Council 1388 in Toronto, I did not know any Knights personally and did not have any Knights in my life who could have led me to the Order.
I knew individual Knights while I was growing up in Waterloo, Ontario, but my Catholic faith was not an important part of my life as a young man and I never thought to join.

Fast forward a decade later: I’m living in Toronto and am seeking to deepen my faith by engaging more fully in the life of our Church. In that context, I see a Facebook ad to join the Knights of Columbus. It could not have appeared on my Facebook feed at a more ideal time–right in the middle of my intense desire to become a better Catholic man. Not even five minutes later I signed up for general membership on the KofC website. I reached out to Ontario State to be placed in touch with a local Toronto council. I was told to email Henry Miller, our District Deputy. Brother Henry got back to me that same morning, and less than a week later I attended a trivia night hosted by Council 1388, and was interviewed for my first degree.

Although I’ve spent just a short time with Council 1388, I’ve found it so enriching to join a brotherhood of fellow Catholic men with the same goal: strengthening their faith and following in the footsteps of Our Lord through charity, unity, fraternity, and patriotism.

All of this made possible, of course, by something as simple as a Facebook ad. For these reasons I couldn’t be more supportive of the Knights of Columbus online membership program. I know it will evolve into a key tool as the Knights seek to grow into the future, particularly through the recruitment of younger Brothers.